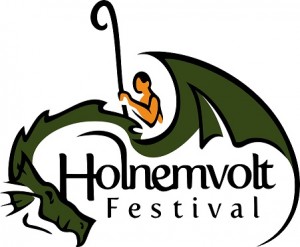 Storytellers performing on the Holnemvolt stage are asked to tell in their native tongue; performances are accompanied by creative interpreters who translate the stories to Hungarian. We wanted audiences to be able to hear the tales in their original form, and at the same time enjoy their meaning as well.

Most people in Hungary associate storytelling with children; for that reason, we decided to focus on the often neglected teen and young adult audiences, in order to widen the reach of storytelling in Hungary. We ask our tellers to bring complex, varied materials to the festival, and in order for our audiences to enjoy the performances uninterrupted we decided to set the minimum age for attending the festival at 14. We plan on expanding the festival schedule to children’s programs in the future.